The State Library of Kansas Announces the 2019 Kansas Notable Books

“I am proud to present the 2019 Kansas Notable Book list. Choosing only 15 books is no easy task,” said Eric Norris, State Librarian. “The selection committee began with a pool of nearly 100 submitted titles and worked diligently to identify the year’s best works by Kansas authors and illustrators, as well as those works that highlight our history and heritage. Kansans are encouraged to visit their local public library and celebrate the artists and the artistry of Kansas.”

An awards ceremony will be held at the Kansas Book Festival, Saturday, September 14, 2019, at the State Capitol to recognize the talented Notable Book authors. The public is invited. 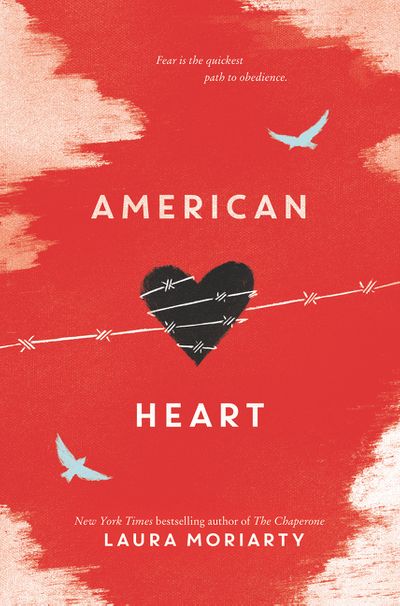 Imagine a United States in which registries and detainment camps for Muslim-Americans are a reality. Fifteen-year-old Sarah-Mary Williams of Hannibal, Missouri, lives in this world, but she isn’t concerned with the internments because she doesn’t know any Muslims. When she meets Sadaf, a Muslim fugitive on her way to Canada, Sarah-Mary’s perceptions of right and wrong are challenged. Sarah-Mary decides to help Sadaf. The two set off on a journey that is full of tension and danger, but at times courageous and kind. Young Adult. 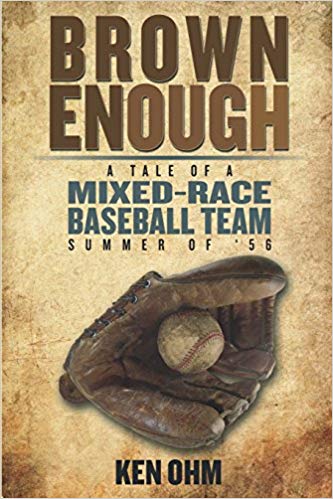 Brown Enough: A Tale of a Mixed-Race Baseball Team Summer of ’56

Part historical fiction, part memoir, this novel takes place in the summer of 1956 in a small town in the mid-west. It is based on a true story of the social and athletic achievements of an eleven-man mixed-race baseball team, seven African-American, three Hispanics, and one Caucasian. Under the leadership of an aging charismatic African-American manager, the Brown Bombers tolerate the nearness of racism as part of the price they pay for the privilege of playing the game they love. The game itself offers a comforting quiet apart from the daily lives of this diverse group of young men. With a “magic” bat, a lucky arrowhead and an expanding fan base, the Bombers ultimately achieve a success beyond expectations. 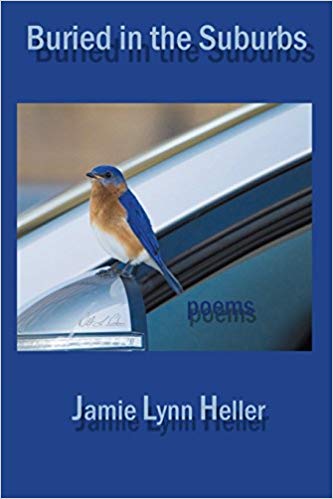 Buried in the Suburbs

These poems show the hidden natural rhythms in our world that are often missed. The subjects are the everyday, human experiences revealed with simplicity and truth. Poems such as Button Jar summon memories “about the last shirt he wore, / a baby’s gown, ….” The poet’s awareness of nature is evidenced in poems such as Civilized “When we need reminding, / the wild vine will wind its way / under the back deck, / through the gap….” Whether the poems depict the wild or elements of home, they all strike a chord of familiarity. They are poems meant to be savored. 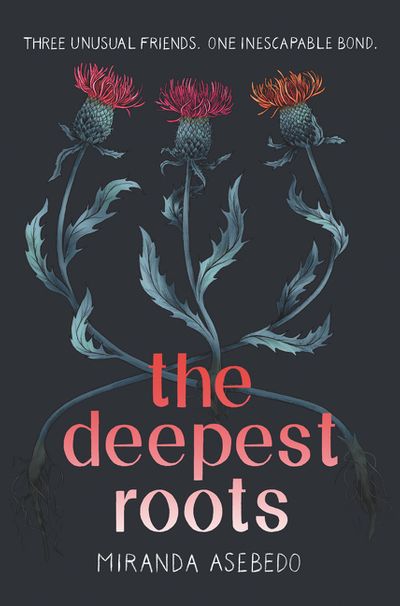 Cottonwood Hollow, Kansas, is a strange place. For the past century, every girl has been born with a special talent, like the ability to Fix any object, Heal any wound, or Find what is missing. To best friends Rome, Lux, and Mercy, their abilities often feel more like a curse. Follow three best friends in this enchanting debut novel as they discover that friendship is stronger than curses, that trust is worth the risk, and sometimes, what you've been looking for has been under your feet the whole time. This Young Adult story will make you believe in friendship, miracles, and maybe even magic. 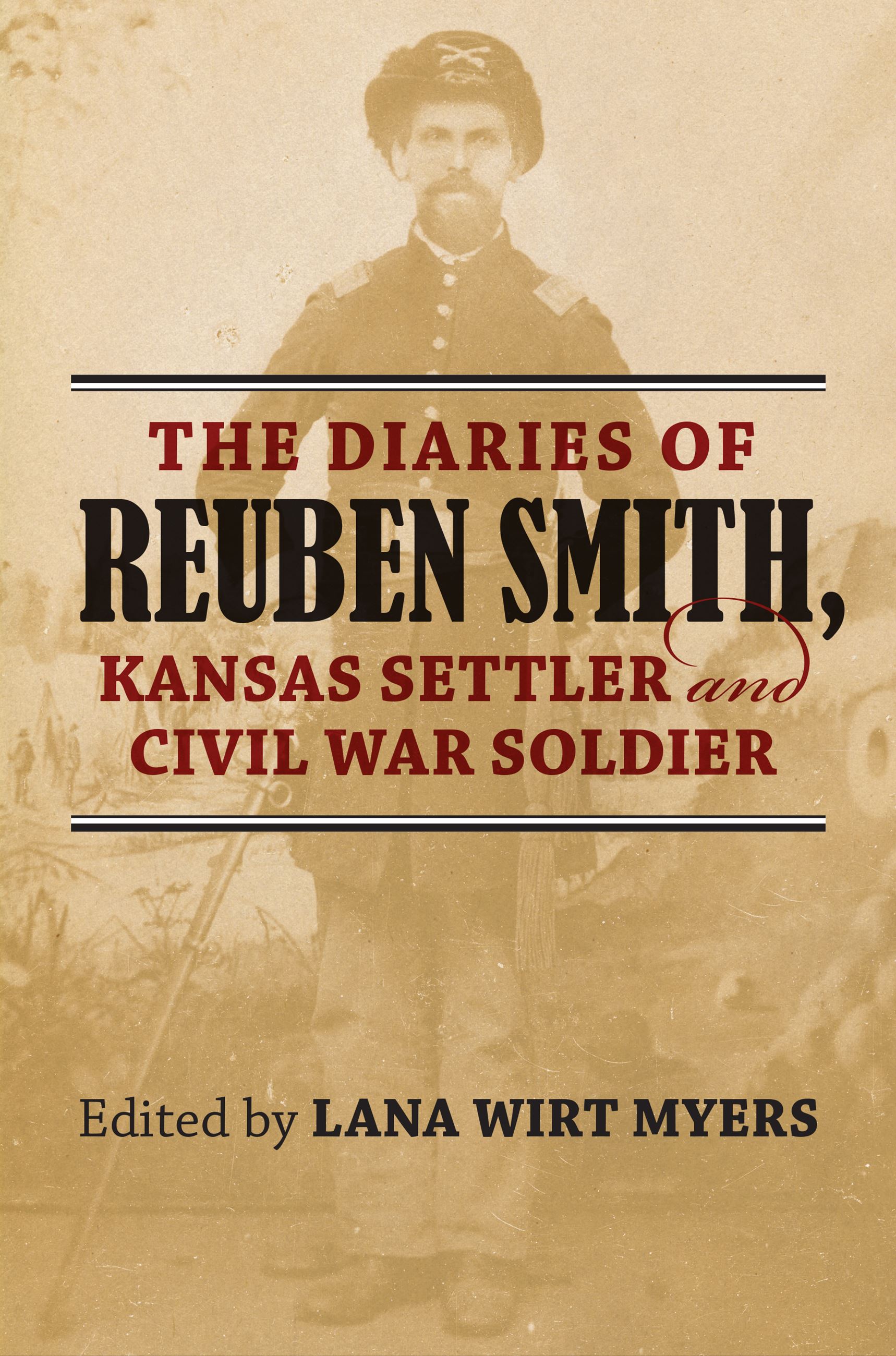 In 1854, twenty-two-year-old Reuben Smith traveled west, eventually making his way to Kansas Territory. There he found himself in the midst of a bloody prelude to the Civil War, as Free Staters and defenders of slavery battled to stake their claim. The young Englishman wrote down what he witnessed in a diary where he had already begun documenting his days in a clear and candid fashion. As beautifully written as they are keenly observant, these diaries afford an unusual view of America in its most tumultuous times, of Kansas in its critical historical moments, and of one man’s life in the middle of it all for fifty years. 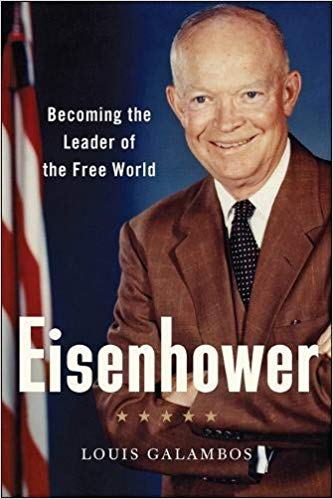 Eisenhower: Becoming the Leader of the Free World

This engaging, fast-paced biography, follows the career of Dwight D. Eisenhower, offering new insight into this singular man who guided America toward consensus at home and a peaceful victory in the Cold War. The long-time editor of the Eisenhower papers, Galambos may know more about this president than anyone alive. He explores the shifts in Eisenhower’s identity and reputation over his lifetime and explains how he developed his distinctive leadership skills. As America’s postwar leader, President Eisenhower pursued compromise and coalition building. He provided his country with firm-handed leadership, bringing prosperity and peace to the American people—an accomplishment that made him one of the most influential men of the twentieth century. 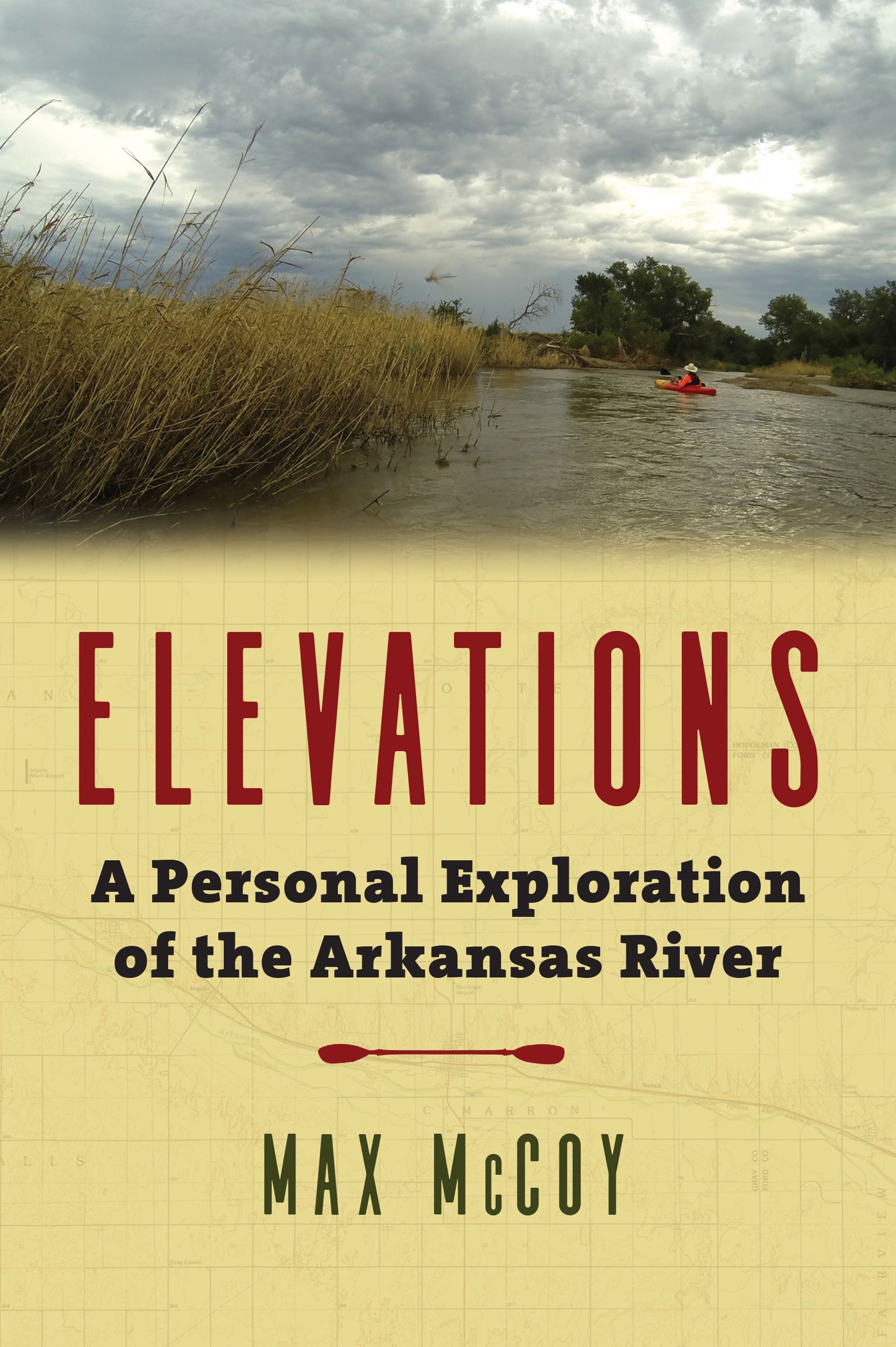 Elevations: A Personal Exploration of the Arkansas River

The upper Arkansas River courses through the heart of America from its headwaters near Leadville, Colorado to Arkansas City, Kansas. Max McCoy embarked on a trip of 742 miles in search of the river’s unique story. Part adventure and part reflection, steeped in the natural and cultural history of the Arkansas Valley, Elevations is McCoy’s account of that journey. Going by kayak when he can, McCoy navigates the river as it reveals its nature and tests his own. Whether traveling back in time, pausing in the present, or looking forward, Elevations shows us the river as a flowing repository of human history and as a life-changing experience 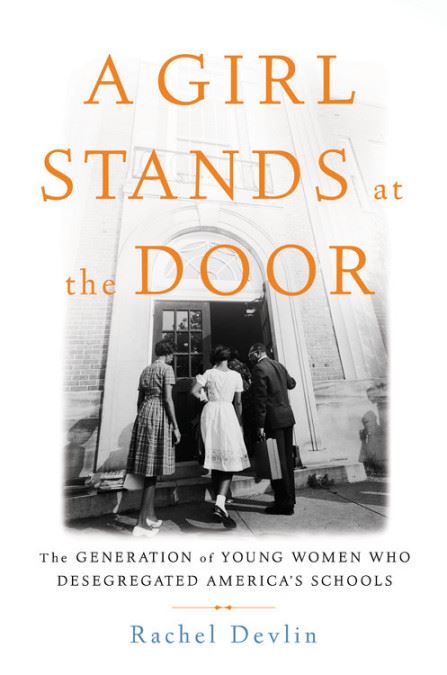 A Girl Stands at the Door: The Generation of Young Women Who Desegregated America’s Schools

The struggle to desegregate America's schools was a grassroots movement, and young women were its vanguard. In the late 1940s, parents began to file desegregation lawsuits with their daughters, forcing Thurgood Marshall and other civil rights lawyers to take up the issue and bring it to the Supreme Court. After the Brown v. Board of Education ruling, girls far outnumbered boys in volunteering to desegregate formerly all-white schools. This book tells the remarkable stories of these desegregation pioneers and also explains why black girls were seen, and saw themselves, as responsible for the difficult work of reaching across the color line in public schools. 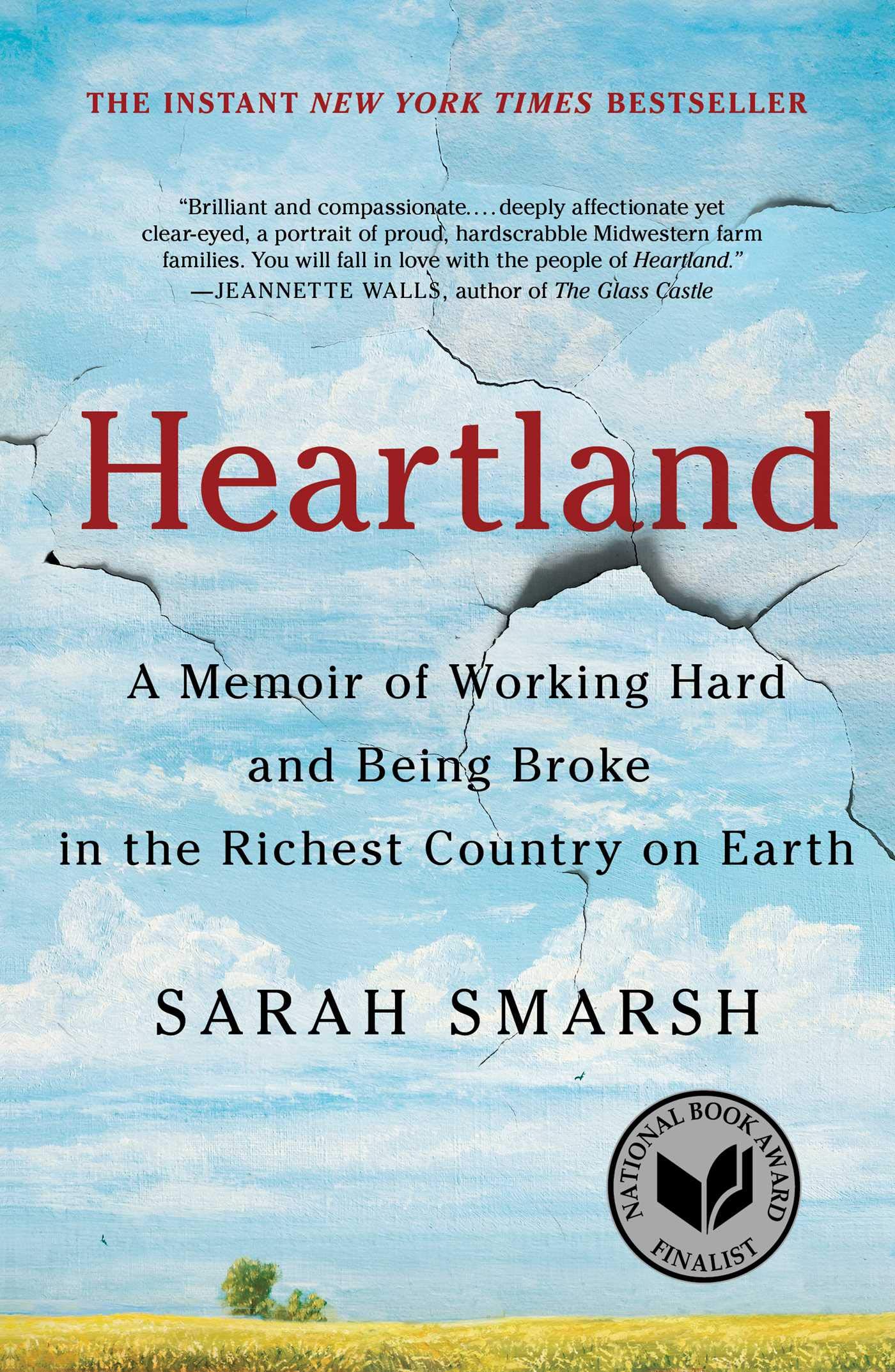 Heartland: A Memoir of Working Hard and Being Broke in the Richest Country on Earth

Sarah Smarsh was born a fifth generation Kansas wheat farmer on her paternal side, and the product of generations of teen mothers on her maternal side. Through her experiences growing up on a farm west of Wichita, we are given a unique and essential look into the lives of poor and working class Americans living in the heartland. During Sarah's turbulent childhood in Kansas in the 1980s and 1990s, she enjoyed the freedom of a country childhood, but observed the painful challenges of the poverty around her. A beautifully written memoir that combines personal narrative with powerful analysis and cultural commentary, Heartland examines the myths about people thought to be less because they earn less. 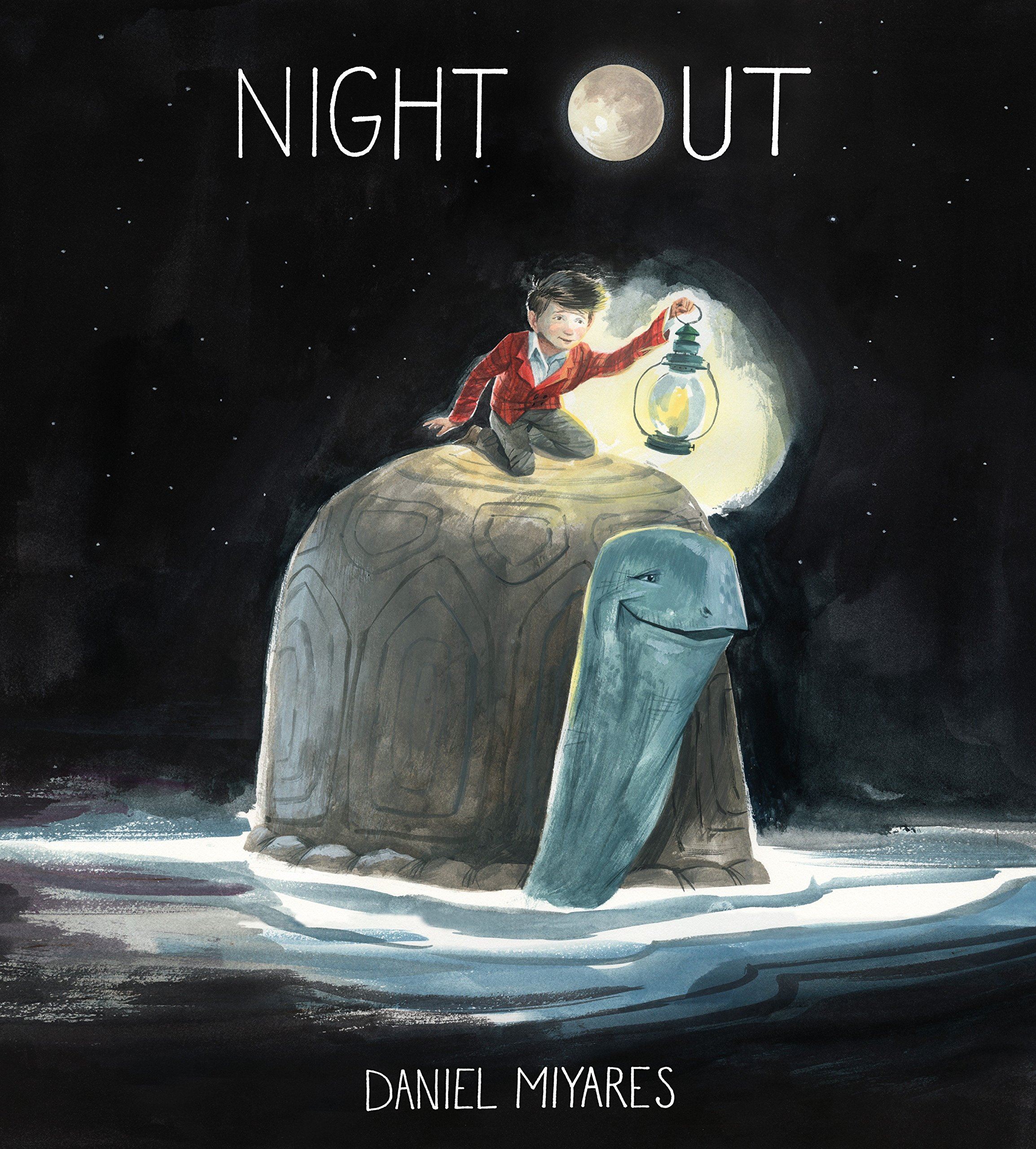 Here is a rich bedtime picture book about a lonely child's nighttime adventure. When a small, friendless boy goes to bed at his boarding school, an adventure is about to begin! First he finds an invitation in his turtle's bowl. Next he makes an escape-out the window, through the woods, across a river, and onto an island. Then he joins a grand celebration, with larger-than-life animals serving tea and dancing late into the night. And finally? After the journey back, he has a fantastic story to tell- the perfect way to make a friend. Simple text and glorious illustrations combine to make a deceptively powerful and touching picture book. 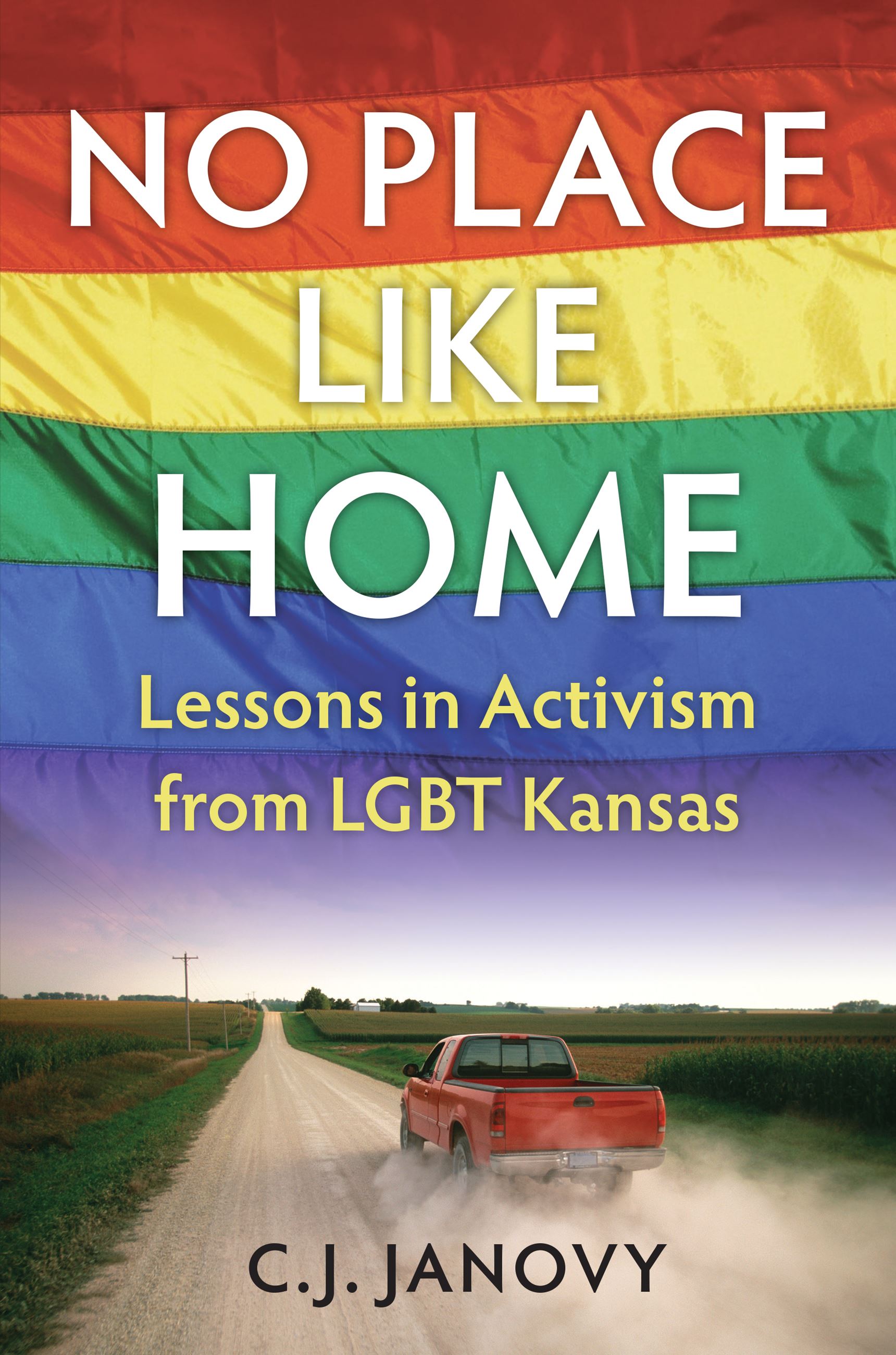 No Place Like Home: Lessons in Activism from LGBT Kansas

The LGBT civil rights movement’s history in California and in big cities has been well documented. But what is it like for LGBT activists in a place like Kansas? This book tells the epic story of how a few disorganized and politically naïve Kansans, realizing they were unfairly under attack, rolled up their sleeves, went looking for fights, and ended up making friends. This book tells the story of these twenty-first-century citizen activists—the issues that unite them, the actions they take, and the personal and larger consequences of their efforts, however successful they might be. In the American imagination, Kansas is a place LGBT people leave. No Place Like Home is about why they stay. 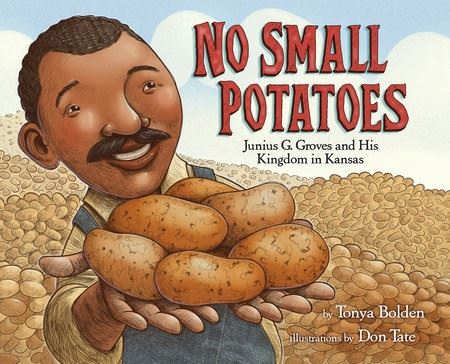 No Small Potatoes: Junius G. Groves and His Kingdom in Kansas

Junius G. Groves began life on a plantation in Kentucky but when he moved to Kansas with the Exodusters he ended up building a kingdom out of potatoes! Junius dreamed of owning his own farm, so he did the next best thing: he rented the land and worked hard! As he built his empire, he also built a family, and he built them both on tons of potatoes. Even as naysayers doubted him, he never quit working hard and soon he was declared Potato King of the World. This tale of perseverance for young readers reminds us that no matter where you begin, your creation can never be called small potatoes. 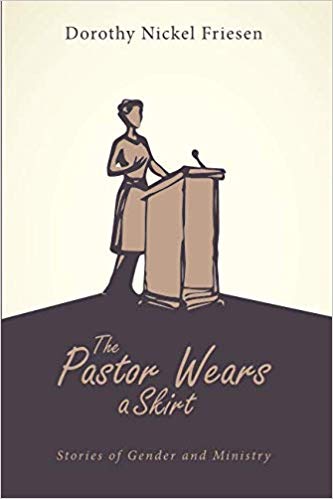 The Pastor Wears a Skirt: Stories of Gender and Ministry

The 51 vignettes in this memoir detail the lessons, encounters, surprises, and disappointments of Dorothy Nickel Friesen, a Mennonite pastor in a pioneering role who seeks to answer two questions: “What do pastors really do?” and “What’s it like to be a woman pastor?” The author documents her journey into pastoral ministry but worries less about how she got there, seeing herself early on as a leader. She exults that she “found herself” in this groundbreaking role and does not shy away from sharing the disappointments she experienced. She learned early that a leader experiences “moments of outstanding opportunity and extreme loneliness at the same time.” 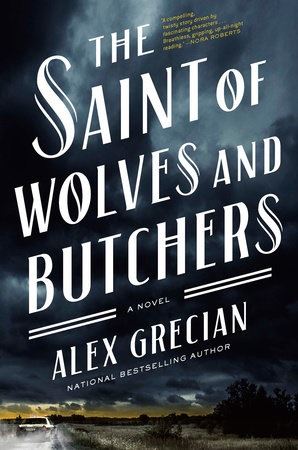 The Saint of Wolves and Butchers

Travis Roan and his dog, Bear, are hunters: They travel the world pursuing evildoers in order to bring them to justice. They have now come to Kansas on the trail of Rudolph Bormann, Nazi doctor and concentration camp administrator who slipped into the U.S. in the 1950s and has been living under an alias. Travis learns that Bormann has continued his diabolical work while amassing a congregation of followers who believe he has Godlike powers. Caught between these men is Kansas State Trooper Skootie Foster, an African American woman and a good cop who must find a way to keep peace in her district. 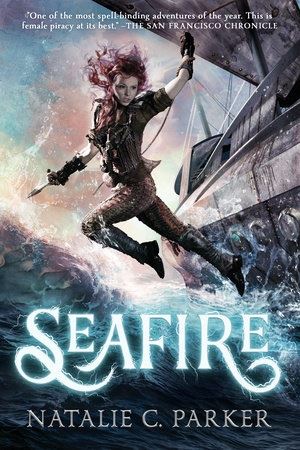 After her family is killed by a corrupt warlord and his bloodthirsty army, Caledonia Styx is left to chart her own course on the dangerous high seas. She captains her ship with a crew of girls and women just like her, who have lost their families and homes because of this warlord and his men. The crew has one mission: stay alive, and exact revenge. Will a defection from the warlord’s army be the key to taking down the warlord, or will he threaten everything the women have worked for? This young adult novel reminds us of the importance of sisterhood and unity in the face of oppression and tyranny.